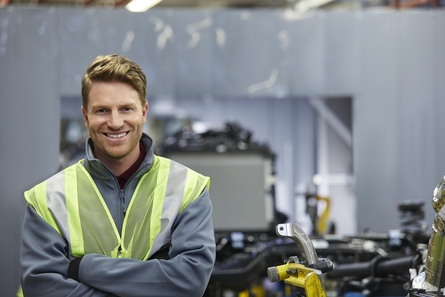 The renewable energy industry has seen impressive, global growth over the last decade, and mechanical engineers have played a key role in enabling the world’s transition to clean energy and more sustainable practices.

In 2018, for example, mechanical engineers looked at ways of improving the design of wind turbines, and mechanical engineering has led to similar improvements in solar and geothermal power, as well as every stage of renewable energy development.

Many of the key skills that mechanical engineers learn and develop in mechanical engineering graduate programs have a wide range of applications for renewable energy engineering. Knowledge of thermodynamics, fluid mechanics and heat transfer, for example, is essential for solving the wind power challenge outlined above, but the same expertise is also critical in designing hydropower infrastructure, optimizing cooling systems and developing new energy storage technology such as thermochemical batteries and solar fuel (pioneered at MSU) for long duration energy storage. Similarly, knowledge of mechanical and industrial systems as well as the materials that make up industrial equipment are essential proficiencies for a number of renewable energy engineering careers.

Interested in learning more about MSU’s online mechanical engineering master’s degree program? You can request more information about the program or use the live chat feature to talk with an admission counselor directly.

The renewable energy sector has benefitted from considerable growth — both from advances in technology that make it possible to harness new sources of energy and from global pressure to shift to clean energy. In the U.S. alone, renewable energy made up 17% of electrical power generation in 2017, and when looking at the sector globally, 24% of electricity generation came from renewables in 2016. A few key factors have led to increased adoption:

In some areas, it has become more economically feasible to build renewable energy infrastructure rather than new gas or coal-power generation facilitates. For example, Tucson Electric Power and Colorado Springs Utilities formed plans to transition toward lower carbon alternatives to gas and coal. In Tucson Electric’s case, the company plans to source 70% of its energy from wind and solar by 2035.

As the renewable energy market matures, this is likely to be a key area of opportunity for mechanical engineers, and it is already one with a notable skills gap. Wind energy, for example, is one of the biggest subsets of renewables in the United States; however, 66% of employers in this sector say they have had some or great difficulty finding qualified electrical or mechanical engineering talent.

Burning Glass data shows that roughly 4% of all U.S. job postings for mechanical engineers in 2019 specifically mentioned renewable energy, clean energy, sustainable energy or green energy. Local and state policies can have a dramatic impact on infrastructure development and the demand for renewable energy engineers.

The majority of states in the U.S. have adopted Renewable Portfolio Standards, which are specific plans for transitioning a percentage of total energy sold to renewable energy. However, the target percentages and dates vary widely by each state. For instance, Michigan has set a goal to source 25% of its energy from renewables by 2025 while Ohio’s target is 12.5% by 2026. These policies also determine the scope and direction of energy development; some states have set goals specific to wind and solar energy, while others have established targets for renewable sources in general.

Demand for mechanical engineers with a focus in renewable energy was highest in California, according to Burning Glass. The overall trend for these careers has been positive with the number of job postings for these positions increasing 7.15% between 2018 and 2019, continuing an upward trend that started in 2011.

There are also a large variety of renewable energy engineering careers that mechanical engineers can pursue, even for roles that don’t mention mechanical engineering specifically. Depending on the role’s focus, for example, energy engineers may be responsible for evaluating mechanical systems and optimizing infrastructure for efficiency, determining a site’s feasibility for new energy infrastructure or modeling the impact of proposed changes to energy systems.

Like most modern areas of technology, the energy sector is a highly multidisciplinary field, with contributions from mechanical, electrical, chemical, systems and other types of engineers helping to drive advances in renewable energy infrastructure.

In addition to their contributions in the development of infrastructure and day-to-day operations of renewable energy, mechanical engineers make numerous contributions to the sector through research and development, addressing problems like how to reliably store energy for long periods of time and how to improve the design of equipment ranging from cooling systems to wind turbines.

Energy storage is one of the key areas that presents both challenges and opportunities for renewable energy engineering — although it is possible to store large amounts of energy, it is often cost-prohibitive to build the technology required to do so at scale.

Michigan State University engineers have made significant contributions to solving challenges in energy storage. As part of the Duration Addition of electricitY Storage (DAYS) program, MSU mechanical engineering professors James Klausner and Joerg Petrasch, in collaboration with ASU Chemical Engineer Christopher Muhich, were awarded a $2 million grant for an energy storage solution; their technology can draw power from many different types of sources (solar, wind, etc.) and use magnesium and manganese oxide to transform it into stored chemical energy for later use. Due to the low cost of materials used, the commercialization of this technology will lead to drastically lower cost renewable energy storage compared to current options, which face a number of limitations.

For example, one of the most common renewable energy storage methods in the United States is pumped-hydropower which accounted for 95% of utility-scale renewable energy storage in 2017. While this method has fairly low operational and maintenance costs, it requires a lot of upfront infrastructure development, and it is geographically limited to sites that have access to water. The energy sector has also looked into building large-scale battery facilities. However, most battery technology is better suited for short-term (four hours or less) energy storage, meaning that there is a greater risk of energy being lost.

MSU’s project for the DAYS initiative is designed to allow energy to be stored longer at a lower cost, addressing two of the biggest barriers to increased renewable energy adoption around the world. In developing markets, energy storage plays an even more important role in enabling the development of renewable energy because the energy distribution infrastructure is more limited. In the United States, energy storage is essential for handling energy demand during peak usage periods, as well as for responding to sudden and unexpected spikes in power usage.

As the renewable energy market continues a steady pace of growth, projects like these will no doubt have a profound impact on making new energy investments more feasible. It is a market defined by growth and change, but there is little doubt that mechanical engineers will continue to play an essential role in making the technology reliable, cost effective and efficient.

The 100% online Master of Science degree in Mechanical Engineering from Michigan State University leverages extensive mechanical engineering research as well as a connection to industrial giants to help mechanical engineers position themselves for success—not only in the classroom, but in transforming the disciplines they work in.

The program offers engineers an opportunity to tailor their educations, with two in-demand tracks in thermal fluids science and in mechanics, dynamics and manufacturing. Online students also benefit from the full support of an R1 research institution and faculty advisement, ensuring their path of study will yield the highest benefit for their individual career goals.

* All Fields are Required. Your Privacy is Protected.
« Applications of AI and Machine Learning in Electrical and Computer Engineering
What is the difference between a Master’s in Civil Engineering vs. Mechanical Engineering? »
Apply Now