Apply Now
In this section
Connect With Us 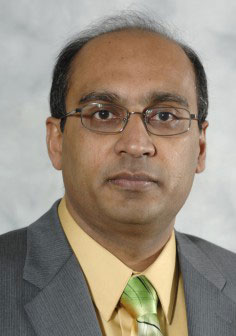 Ranjan Mukherjee received his bachelor’s degree in mechanical engineering from the Indian Institute of Technology, Kharagpur, in 1987. He received his master’s in science and doctorate degrees in mechanical engineering from the University of California, Santa Barbara, in 1989 and 1991. Prior to joining Michigan State University, he was an assistant professor at the US Naval Postgraduate School in Monterey, California, from 1991 to 1996.

Ranjan Mukherjee’s research interests are in the broad area of mechatronics and robotics. He is a Fellow of the ASME.

* All Fields are Required. Your Privacy is Protected.
Are you enrolling from outside the U.S.? Fill out our international form.